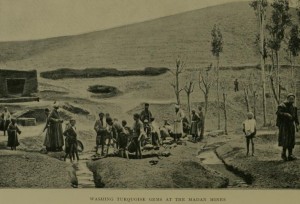 Turquoise is primarily used as a decorative gemstone and has been prized by civilizations for thousands of years.

Turquoise uses are as creative as they are widespread. For instance, one turquoise processor in Arizona actually makes tiles out of the stone for use in custom construction. It’s not a cheap option though, such tiles cost hundreds of dollars per square foot.

In the Middle East, turquoise was used to adorn the top of domed buildings and represented religious significance.

Most people however, associate turquoise history with two things, jewelry and metaphysical beliefs. While cultures around the world have been producing turquoise jewelry for centuries, the Native Americans of the Southwest are considered the masters of making turquoise jewelry.

The Navajo and Zuni tribes each have their own style when it comes to working with silver. The Navajo work features large stones that highlight the natural quality of the gemstones used.

The Zuni, on the other hand, carve stones into shapes to create colorful mosaics with their jewelry. Both styles are highly sought after and admired by enthusiasts and collectors. 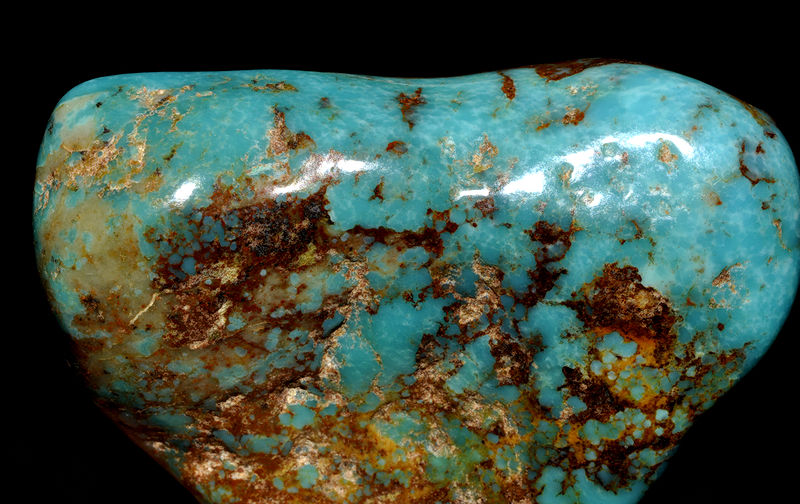 The other widely known turquoise uses are a bit more spiritual in nature. In different parts of the world, cultures ascribe certain metaphysical properties to turquoise. Turquoise history is full of examples of people who believed the stones could help them communicate with spirits, provide good fortune and cure sickness.

The New Age crowd believes the stone can promote positivity and drive away negative energy. They also believe keeping the stone close can help protect the owner from illness, even reduce the negative impacts of alcohol consumption.

American Indians also believed turquoise held sacred powers and the stone is still used as a part of ceremonies and religious traditions.