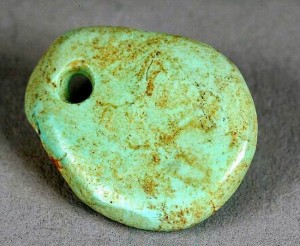 The mineral turquoise is formed by a chemical reaction which occurs when water containing specific minerals such as copper and aluminum leak through a rock. It forms in veins, which later then turn into a clump of turquoise.

A turquoise history fact that most people don’t know, it’s the turquoise gem stone has been believed to be a holy stone, and used for getting rid of negative energy. The brightness of the color is supposed to be the symbol for happiness, and is also believed to increase a person’s self confidence.